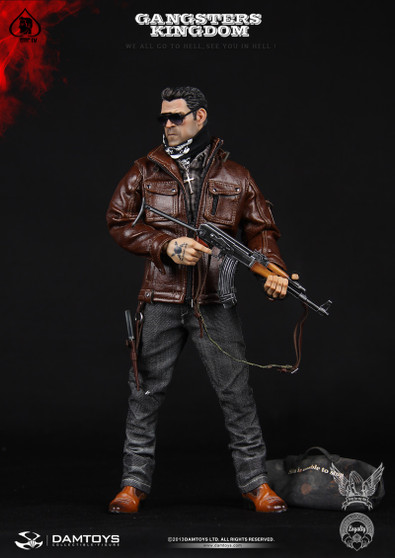 Sin is unable to stop

Yet hope keeps going on. “Four of Spades” Chad has been a part of the gang for many years; rumor has it that he is ruthless and bold in his early years. He is loyal to the gang and earned the trust he deserved, but he becomes cautious since his son was born. Chad wants to be a good dad, he loves his son and has great expectations in him. He wants to save enough money to send his son to a good university, and keeps his son away from his life path. His heart is filled with contradictions, and he becomes more and more gloomy. “They call you piggy bank”, Bernie turns around asking Chad. “My son.” Chad hands out a picture of his little boy to Bernie, “I love him more than everything. I want to earn more money to ensure him a better school and future, one that’s different from mine. I’m afraid of dying someday, I wish that I could see hope each day I live.” “He will not be hungry.” Starring at the photo, Bernie mutters. Van pulls over near the abandoned factory. Chad opens a black gym bag and takes out a folding stock AK-47. He loads a dual magazine and cocks the bolt, kisses his cross necklace, draws a cross at his chest and then walks down the van. Others follow him, having their guns loaded. Bernie and the others pull up their ski mask, but Chad only puts on his sun glass and jokes: “dead people don’t need to remember our face.” Chad makes a gesture, the crowd spreads out and sneaks towards the factory. Chad follows Bernie to the back entrance, he opens the door and Bernie steps in holding his shotgun. Inside the door is a corridor about 20 metres long, light is dim. They can only see faint light blinking around the corner, and hear the blurred sound of an old television. The gangs approach the corner slowly; Chad sticks his head out, peeks for a few seconds and draws his dagger. Walked through the corner, with a muffled sound, a guard lose his life to Chad’s knife. After another 20 metres they come to a half-opened door. Chad takes a glance through the glass; the room is full of trunks and drug, seven or eight guards is busy loading the trunks. Chad kicks open the door and the gangs start strafing, those guards become riddled by the shower of bullets before they even have a chance…