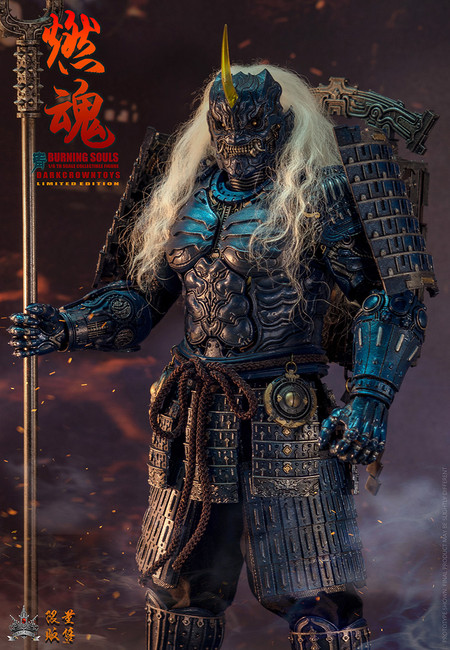 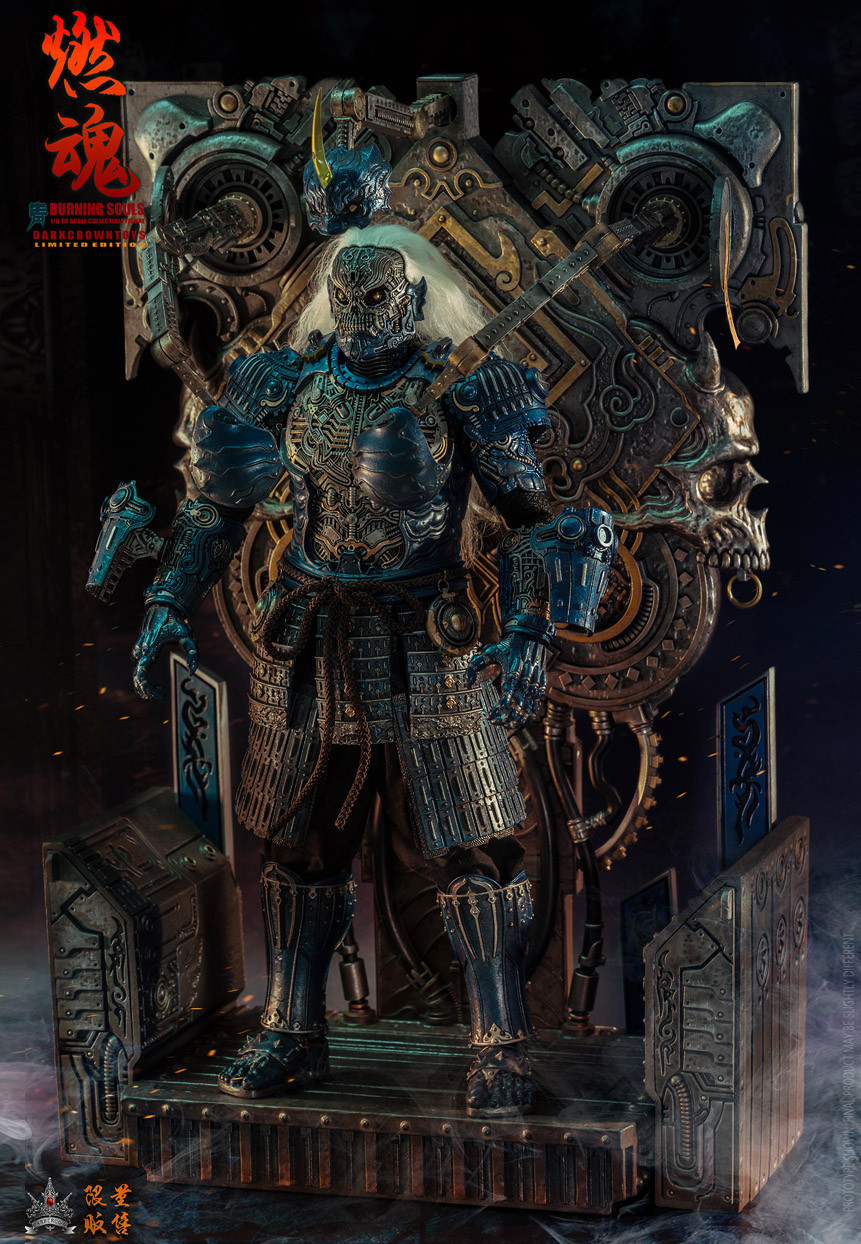 Incorporated ancient armor, mechanical elements and mystic symbols into the design, the ¡°Burning Souls¡± series is feast of the eyes that is totally different from other releases.

Crimson, the first character in the series, is inspired by the traditional Red Oni (devil) in Japanese culture. The fierce looking headsclupt represents the formidability and meanace of a Red Oni. Both face mask and body armor are removable to review mechanial details inside. Real fur has been used for the hair to enhance realism and easy for collectors to create different looks as they prefer.

A solid and form body is used to go with the majestic armors, which includes multiple removable armor parts (face mask, armors of chest, belly, back and forearm) to reveal the detailed mechanical parts inside. The removable armors allow collectors to showcase different setting of the character, which was designed with a delicate balance between brutality and finesse.

To present the design in accordance to Kevin’s vision of how the ¡°Soul-Maker¡± create the armor as described in the original story, a massive 40cm tall diorama background and stand was created, and comes with mystical spells, mechanial arms and openable comparments for collectors to store all the small parts.

Other accessories include a right forearm armor that could sumon lightning (interchangeable with the original designed armor), ¡°Demon Bomb¡± with a mini-Red Oni in the traditional look of tiger skin cloth sitting in it, controlling the weapon of mass destruction and aid Crimson¡± in battle. Kevin has also specially designed a ¡°Soul-Pipe¡± for the character, which comes with special smoke effect parts to breathe life into the character.

Like all other DARKCROWNTOYS’ productions, lots of devilish details in the work, to come with this first release of an all new series, Kevin has included a secret bonus in the box set await you fans to discover by yourselves.

Photos of prototype only, details might varies in final products without pior notice.