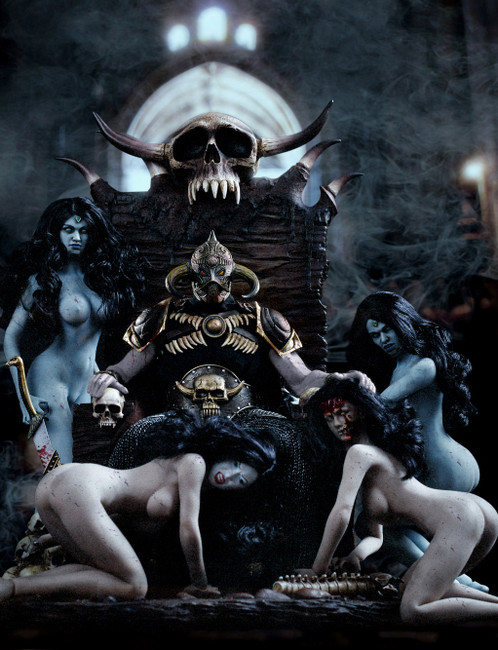 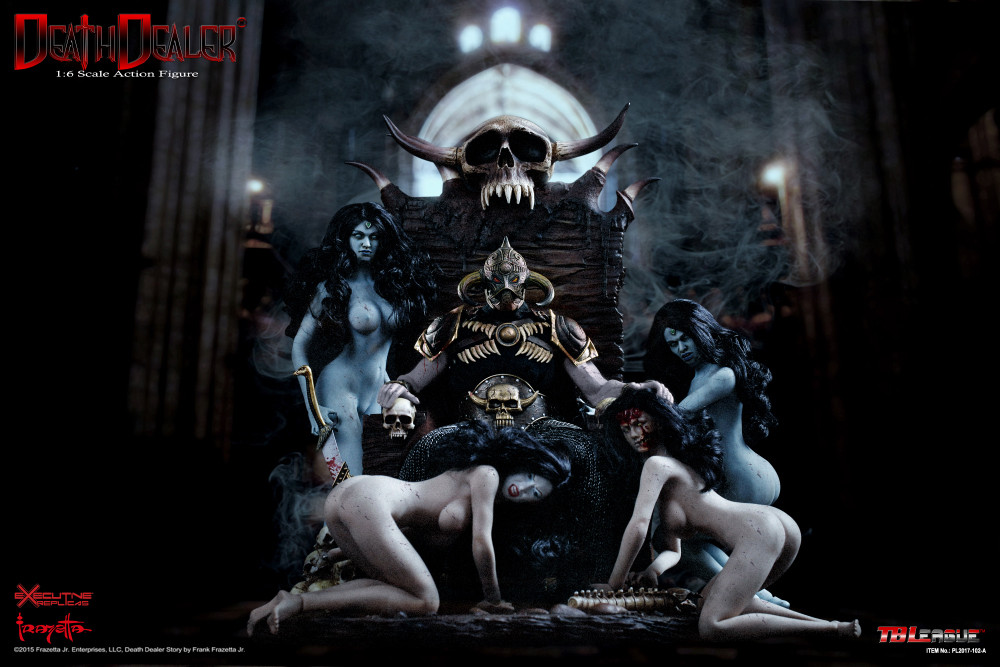 A massive 50 ft wall of stone and wrought iron that separated a land of evil and the unholy was constructed by an ancient civilization thousands of years ago. No one knows exactly when it was built, but its intent was to keep the evil that lurks within separate from the good and holy outside its perimeters.

Behind this wall are thousands of acres of swamp and mountain ranges that are forbidden to be visited by mankind; anyone who entered was never heard from again. An ancient tribe spoke of a demonic figure that lived among the dead. He was called The Death Dealer. He had eyes of fire, and was the embodiment of darkness.

During the time of the Norsemen around 1200 A.D., there was a kingdom miles from the gated entrance to this evil place. It was ruled by a powerful king named Jaro, who feared no man and used this land as a sacrificial place to deal with men that committed brutal and violent crimes; if one would be found guilty of murder, they would be sentenced to the Bad Lands, left behind the towering walls, never to be seen again.

The land inside the walls were not to be visited by those who were good and lawful, and everyone knew that if they crossed over into the Death Dealer's domain they